–
erika@erikaprodriguez.com
Based in Puerto Rico. 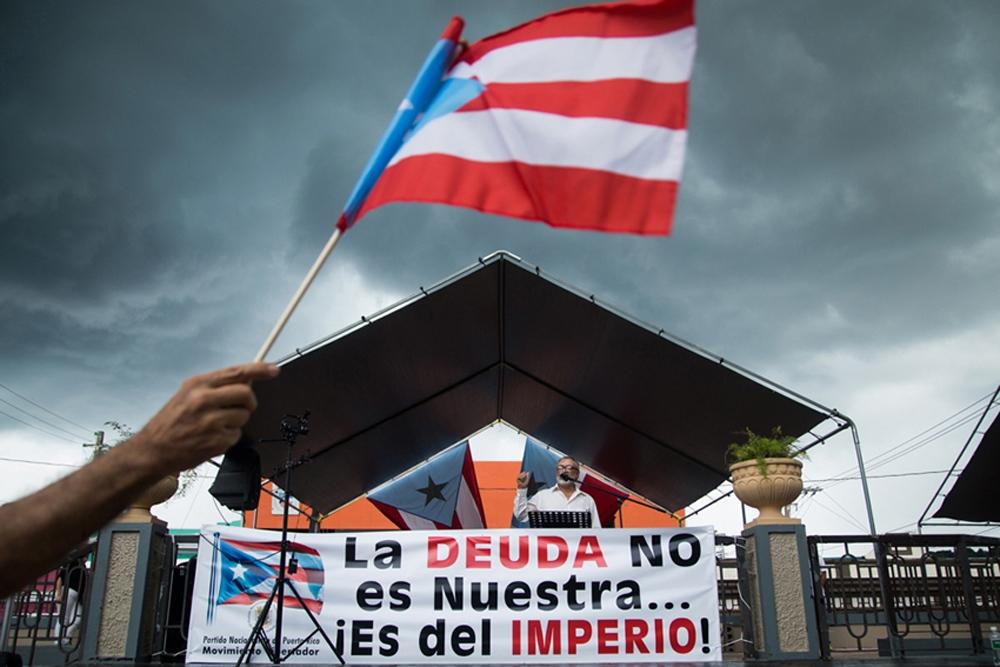 Julio Muriente, co-president of the MINH, Hostosian National Independence Movement, speaks at the 147 commemoration of the 'Grito de Lares' – in 1868 a group of Puerto Ricans took hold of the town of Lares and declared the independent Republic of Puerto Rico.

The banner reads: "The debt is not ours... is from the empire!" 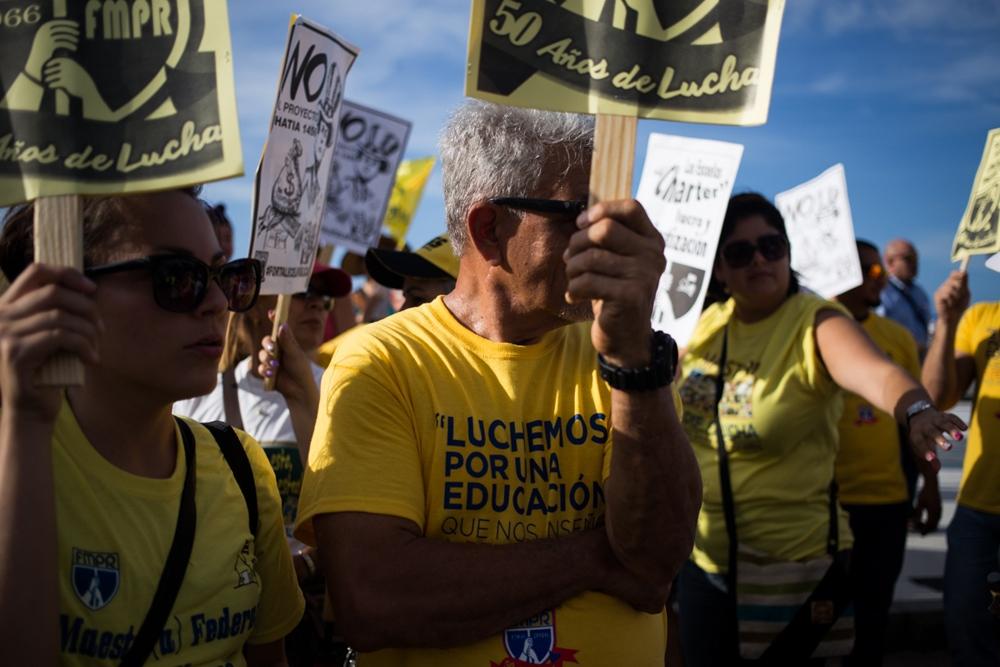 Members from the Federation of Teachers of P.R. stand in front of the Capitol during a protest against a proposed plan for the education system that could allegedly lead the privatization of the public schools in the island. 2015

News Spotlight
"The Debt Is Not Ours"
erika p. rodriguez
Jul 31, 2015
Location: puerto rico
A few weeks before I landed in Puerto Rico to stay indefinitely, the governor, Alejandro García Padilla, announced the island could not pay its 72 billion dollars of debt. Following that, the government went on default.

With the release of the Anne Krueger Report that year, the economic formula to pay back the bondholders included a bundle of austerity measures that, according to some, could create a humanitarian crisis in the island. In the past six years Puerto Rico has seen its effect, ask anyone on the street, on the diaspora, or just read the headlines.

The hike in the sales tax from 7.5 to 11.5 percent, and as the cost of living continued to rise Puerto Ricans were barely managing. A sense of despair could be felt from the moment I stepped out of that plane.

Erika P. Rodriguez is a photographer based in Puerto Rico.